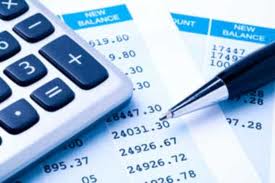 On 3 December 2014, the South African Reserve Bank (SARB) issued a Position Paper on Virtual Currencies (the Position Paper) indicating that Bitcoin is a digital representation of value that can be digitally traded and functions as a medium of exchange, a unit of account and/or a store of value, but does not have legal tender status (our emphasis). It is therefore not, of itself, subject to regulation by the SARB. South African residents nevertheless remain subject to South Africas exchange control regulations in general, and should take care that they do not unwittingly contravene any of these regulations in their dealings with Bitcoin. It remains to be seen how the SARBs approach to Bitcoin develops over time.

The South African Revenue Service (SARS) has not yet given any clear indication of its views regarding Bitcoin. It is therefore not yet clear whether SARS would consider Bitcoin to be a currency, a term which is not defined in section 1 of the Income Tax Act, 1962.

In our view, however, until Bitcoin is officially recognised as legal tender in South Africa or elsewhere, it is more likely that it would be considered to be an asset to be dealt with under the ordinary principles of the Income Tax Act. The circumstances of the specific taxpayer in question would therefore be of great importance in determining, inter alia, the capital or revenue nature of trades involving Bitcoin, and therefore, whether gains from such trade would be subject to income tax or capital gains tax (and, conversely, whether losses will be deductible or not).

In addition, the use of Bitcoin would require careful analysis from a value-added tax (VAT) perspective. Where Bitcoin is used as consideration for the supply of goods or services, and it is determined that Bitcoin may be viewed as an asset rather than currency for VAT, the trade would likely be treated akin to a barter transaction (ie, the VAT consequences of two potentially vatable transactions would need to be determined). Where Bitcoin is traded, ie, bought and sold for cash, the VAT consequences for both parties would depend on a detailed analysis of the exact facts of each case. This would be of particular relevance to taxpayers that may exceed the VAT registration threshold through their Bitcoin trades. The VAT consequences of the particular trade would depend, inter alia, on whether the trade of Bitcoin is considered the supply of a good or service, as defined in section 1 of the Value-Added Tax Act, 1991 (VAT Act). The rights to performance are personal rights against another person, rather than rights in a thing (which are real rights). Personal rights are incorporeal by their nature, and are classed as movable property.

Personal rights are transferred by cession rather than by traditio (as in the case of tangible, corporeal movable assets) since, by their very nature, they are incapable of physical delivery. The transfer of personal rights cannot be the supply of goods as defined in the VAT Act, because those personal rights are not goods, being incorporeal by nature, they are neither corporeal movable things, nor fixed property, nor a real right in a corporeal thing or fixed property, nor electricity. In our view, it is likely that Bitcoin constitutes an incorporeal right, the sale of which should constitute the supply of a service for purposes of the VAT Act.

Given the uncertainty and potentially significant tax and exchange control implications that may arise in the context of trading in and using virtual currencies such as Bitcoin, it is very important for any party to a transaction that involves Bitcoin to obtain advice on their specific circumstances prior to implementation.

Jo-Paula Roman is a candidate attorney in ENSafricas tax department.