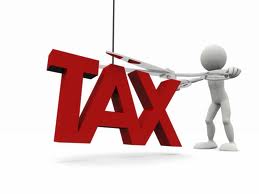 The Davis Tax Committee (DTC) released a media statement on 12 April 2018 in which it announced the publication of four additional final reports and conclusion of its work based on its Terms of Reference.

For purposes of this alert, certain aspects from the report on the efficiency of South Africas corporate income tax (CIT) system (CIT Report) will be expanded upon, with particular reference to the reviews undertaken in respect of:

The DTC formed a CIT sub-committee on 31 October 2016 to prepare the CIT Report setting out the DTCs position. To ensure that the recommendations made in the CIT Report are practical, the DTC has taken South Africas current economic position, as well as its future outlook into consideration. The DTC is cognisant that in the context of low economic growth, it is critically important to ensure that taxes are raised in a manner that is as least disruptive to economic growth and employment as possible.

The efficiency of the CIT rate

The relevance of the residence based system of taxation stems from the definition of resident, as defined in the Income Tax Act, No 58 of 1962 (ITA), particularly when it comes to the identification of the residence of a corporate, which is dependent on whether the corporate is incorporated, established or formed within South Africa, or where the corporate has its place of effective management (POEM). With the increase in globalisation and the mobility of capital, the concept of POEM is capable of being manipulated, enabling a corporates residence to be a matter of deliberate choice rather than one of circumstance, especially in the digital economy. Therefore, should the CIT rate be seen as being too high in comparison with other jurisdictions, corporates are motivated to move their POEM to jurisdictions with lower tax rates.

South Africa has seen a decline in the CIT rate from 40% in 1994, to the current CIT rate of 28% which has been consistent since 2010. As noted from the CIT rate movement during the last 24 years, the CIT rate responds quickly and negatively to the economic conditions faced by South Africa. Therefore, the CIT sub-committee noted the importance of having regard to the current economic conditions when deciding whether to adjust the CIT rate. Despite the CIT rate remaining at 28% following the 2018 Budget Speech, the Minister of Finance acknowledged that 28% is still high by international standards. This could have an impact on the competitiveness of South African corporates in a market which is already highly competitive in nature.

Arguments in favour of and against decreasing the CIT rate have been put forward in the CIT Report. In this regard, the CIT sub-committee indicated that international tax competition has played a significant role in applying pressure within competitive jurisdictions, which as a result has caused the decrease in CIT rates in other jurisdictions to attract multinational corporates. Another argument put forward in favour of decreasing the CIT rate is that corporates have less incentive to shift their profits outside of South African borders with the aim of eroding their tax bases. Furthermore, evidence has shown that in jurisdictions with lower tax rates, there is a higher level of compliance. Earlier this year, SARS announced that approximately 21 million CIT returns are outstanding. The DTCs argument that a higher level of compliance has been noted in jurisdictions with lower CIT rates, may be of interest to National Treasury for the 2019 budget.

Despite arguments in favour of the decrease of the CIT rate, arguments against it must also be considered in order to make the most appropriate recommendations going forward. Due to the significant contribution of revenue from corporates within South Africa to the fiscus, without some level of certainty that a reduced CIT rate will be effective in stimulating growth and thus increasing the overall tax base and overall collection of taxes, a resultant reduction in revenue would need to be compensated for elsewhere. From an international perspective, it appears that the best approach may be to leave the CIT rate the same whilst using other efforts to widen the tax base, such as introducing restrictions in respect of deductions and allowances, as well as bringing new forms of income into the tax net. National Treasury appears to have adopted this approach.

The efficiency of the CRRs

One reason for the introduction of the CRRs in 2001, taking into account the policy objectives of competitiveness, was to promote domestic restructuring of South African groups of companies (as defined in s41 of the ITA) in order to promote growth. The second reason was to alleviate unintended hardships caused by the enactment of capital gains tax (CGT), which was also introduced into South Africas tax system in 2001. The CRRs do not only provide relief from the tax consequences of CGT, but also defer the incidence of income tax, donations tax, dividends tax, transfer duty, securities transfer tax and value-added tax.

The DTCs recommendations regarding the CRRs and the anti-avoidance provisions