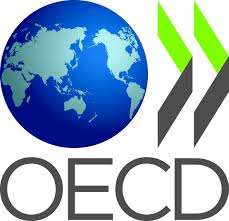 Now that the final regulations relating to country-by-country reporting standards (the CbC Regulations) have been published by the South African Minister of Finance on 23 December 2016, it is important to take stock and consider the CbC Regulations in the context of various other South African developments regarding the implementation of the recommendations contained in the final Action 13 report issued by the Organisation for Economic Cooperation and Development (OECD) on transfer pricing documentation.

Accordingly, we have summarised below the current status of the master file/local file returns that also form part of the OECDs Action 13 report, the Final Notice on Transfer Pricing Record Keeping Requirements, issued by the South African Revenue Service (SARS), as well as the transfer pricing disclosure requirements in the corporate income tax return (ITR14).

The CbC Regulations are, to a large degree, in agreement with the recommendations contained in Action 13, including the CbC Report model template as set out in Annex III.

South African taxpayers that are part of multinational enterprise groups, as defined, need to determine whether they have a filing and/or notification requirement under the CbC Regulations.

SARS is yet to publish a specific form of notification for these purposes. However, the ITR14 already contains questions aimed at establishing the taxpayers ultimate parent entity and consolidated group turnover. We anticipate that the ITR14 will be updated to bring the questions in line with the requirements of the CbC reporting regulations.

The CbC Regulations, together with the master file and local file form the three-tiered approach suggested in the OECDs Action 13 report, which has been incorporated into the OECD Transfer Pricing Guidelines. These agreed amendments to the OECD Transfer Pricing Guidelines represent the consensus of all countries participating in the OECD/G20 Base Erosion and Profit-Shifting Project, which include the OECD member countries as well as non-member countries, such as South Africa.

In particular, the text of chapter V of the OECD Transfer Pricing Guidelines, dealing with documentation requirements, has been deleted in its entirety and replaced by the content of the Action 13 report together with its annexures, which change was approved by the OECD Council on 23 May 2016.

In terms of the briefing note to the Final Notice, SARS has indicated that master file and local file returns will be required to be submitted under section 25 of the Tax Administration Act, 2011, ie by notice to furnish a return. It is not clear at this stage, however, whether additional legislation specifying the content of these returns will be passed.

The detailed information to be included in the master file and local file as envisaged by the OECD is set out in Annexures I and II, respectively, to the Action 13 report/the revised chapter V of the OECD Guidelines.

Therefore, at this stage, the master file/local file return requirements are the only major element of South African transfer pricing documentation requirements that are still outstanding.

Tax administrations may also impose specific record-keeping requirements in addition to the master file/local file standardised transfer pricing returns. The OECD, however, cautions tax administrations to bear in mind the balance between information needs and the compliance burden that will be placed on taxpayers.

In this regard, on 28 October 2016, the Commissioner released the Final Notice on Transfer Pricing Record Keeping Requirements in terms of section 29 of the Tax Administration Act, setting out the documents required to be kept specifically for transfer pricing purposes.

In terms of the Final Notice, there are two levels of record keeping:

The Final Notice will apply to years of assessment commencing on or after 1 October 2016.

Records to be kept in terms of the Final Notice must not be submitted to SARS as a matter of course, but must be available upon request and must be retained for a period of five years.

It appears that SARS is using the ITR14 to gather additional, non-standard information, not required by either the CbC Regulations or the master file/local file content. In this regard, the current version of the ITR14 requires that full details be disclosed as to the cross-border transactions entered into by a taxpayer with connected persons in terms of the revised provisions of section 31 of the Income Tax Act, 1962.

Taking into account the different transfer pricing related documentation requirements set out above, South African taxpayers need to prepare and submit or retain the following information and documentation:

In addition, although local legislation has not yet been implemented to require the submission of the master file/local file returns, we are of the view that taxpayers would be well advised to start considering the information required to prepare these returns, since it is clear that it is SARS intention to issue legislation to this effect in due course.

This article was first published by ENSafrica (www.ENSafrica.com) on 22 February 2017.