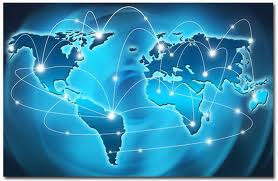 On 13 July 2016 the Financial Surveillance Department (FinSurv) of the South African Reserve Bank (SARB) issued exchange control circular no. 6/2016 (Circular) regarding details and information required in an application for exchange control relief submitted as part of the joint tax and exchange control Special Voluntary Disclosure Programme (SVDP) which was announced by the Minister of Finance in the 2016 Budget Speech.

The SVDP will run for a period of six months from 1 October 2016 to 31 March 2017 (SVDP Period). The SVDP will afford South African residents (individuals, sole proprietorships, partnerships, deceased estates, insolvent estates, South African trusts, close corporations and companies) and former residents the opportunity to disclose their foreign assets held in contravention of the Exchange Control Regulations, 1961 (Regulations) so as to regularise their affairs from an exchange control perspective.

According to the Circular, applications for exchange control relief under the SVDP must be made pursuant to the provisions of Regulation 24. Applications and the relevant supporting documents must be submitted electronically to the SVDP unit via the South African Revenue Service’s (SARS) eFiling system, alternatively at any SARS branch. The Circular states that separate electronic application forms for the tax and exchange control relief have been created. The SVDP unit will be jointly operated by FinSurv and SARS.

According to the Circular, FinSurv may grant relief to a South African resident in terms of Regulation 24, provided that:

Applicants will be liable to pay a levy based on the market value of the unauthorised foreign assets as at 29 February 2016. The following conditions will apply to the levy:

According to the Circular, confirmation of administrative relief will only be furnished once the applicable levy has been paid to the CPD and, where applicable, conditions imposed by the SARB have been met.

Applicants aggrieved by FinSurv’s decision to refuse an application or to declare void any applications previously approved may lodge a written objection with the Head of FinSurv and must deliver a notice of this objection within 30 days from the date of delivery of the FinSurv notice refusing administrative relief, or withdrawing or declaring void the previous relief granted.