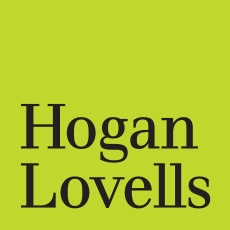 Confronted with high tax rates in their countries of residence, individuals and multinational enterprises are increasingly developing global strategies in order to maximise profits. It is thus not surprising that taxpayers’ links with countries that have favourable tax climates are becoming more tenuous.

Although many countries have legislation to curb the ensuing tax avoidance, this problem cannot be addressed only on a national level, as avoidance schemes are encouraged by the very existence of low tax and tax haven jurisdictions. These sovereign jurisdictions are entitled to promulgate their own tax legislation, however onerous (or not) the legislation may be. This issue therefore appears can only be addressed on an international level, if at all.

The need to exchange relevant information on a bulk basis, freely and automatically and to address the problem of offshore tax evasion and avoidance has been acknowledged internationally.

In order to combat the amounts of taxable revenue lost due to these avoidance schemes, The Organisation for Economic Co-operation and Development (OECD) has promulgated the Multilateral Competent Authority Agreement (MCAA) to which South Africa is a signatory country. The objective of the MCAA is to create a framework for the systematic and periodic transmission of bulk taxpayer information by the source country to the country of residence of the taxpayer. The MCAA must be read in conjunction with the Common Reporting Standard (CRS), which contains the procedural, reporting and due diligence standards that underpin the automatic exchange of information, as well as extensive technical guidance on the interpretation of the MCAA.

As the world becomes increasingly globalised and cross-border activities become the norm, tax administrations need to work in unison to ensure that taxpayers pay the right amount of tax to the right jurisdiction. A key aspect for making tax administrations ready for the challenges of the 21st century is equipping them with the necessary legal, administrative and IT tools for verifying compliance of their taxpayers. Against this background, an increase in co-operation between tax authorities is crucial in bringing national tax administration in line with the globalised economy.

The MCAA implements the OECD’s Standard for Automatic Exchange of Financial Information. It is based on Article 6 of the OECD’s Multilateral Convention on Mutual Administrative Assistance in Tax Matters (Multilateral Convention), which states that two or more parties can mutually agree to exchange information automatically. Even though the MCAA is signed on a multilateral basis, the actual exchange of information will occur in a bilateral manner. The MCAA requires the competent authorities of participating jurisdictions to collect and automatically exchange tax information prescribed by the OECD’s CRS.

In order for South Africa to comply with its obligations under the Multilateral Convention and the MCAA, it will require substantial information from the financial institutions in the country regarding accounts linked to persons resident in other countries.

For example, the implementation of an agreement between the Government of the Republic of South Africa and the Government of the United States of America to implement the US Foreign Account Tax Compliance Act (FATCA) is an important stepping stone for South Africa in preparation for the automatic exchange of information in terms of the CRS.  In terms of FATCA, South African financial institutions are required to report significant financial information to SARS for onward transmission to the United States of America.

Taxpayers who are in default and have not made full and proper disclosure of their affairs to SARS should utilise the Voluntary Disclosure Programme (VDP) contained in the Tax Administration Act 28 of 2011 (TAA). Although the VDP contained in the TAA is a permanent feature of the law and does not have a date by which taxpayers must apply for relief, it will be advisable for taxpayers to get their affairs in order prior to the MCAA being implemented so as to not fall foul of the sanctions and penalties imposed by the MCAA.

The OECD’s initiatives have made it clear that the international community will not tolerate tax haven harmful tax practices that deplete countries’ tax bases. This inherently occurs when that country’s residents invest in tax haven jurisdictions.  The hope is that the implementation of the MCAA and the various penalties and sanctions will result in the downfall of many avoidance schemes in practice currently. As at 4 June 2015, 61 jurisdictions have signed the MCAA with a number of other countries committing to the agreement, ensuring that the majority of the international community is firmly behind the OECD in the battle against tax avoidance.