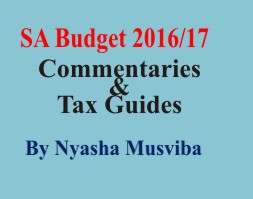 When the new democratic SA was granted its first sovereign credit ratings, Moody’s was the only one of the big three rating agencies to rank us as investment grade.

So when the 1996 national budget was tabled, SA was still rated speculative, or junk, by Standard & Poor’s and Fitch. A decade later, then finance minister Trevor Manuel went into his 2006 budget just months after SA finally made it to the top of the triple-B investment-grade scale on all three of the rating agency ladders and was just one notch below the coveted A grade..

Fast forward to 2016 and Finance Minister Pravin Gordhan faces Parliament this week in the shadow of a looming downgrade back to the junk status SA worked so hard to escape in the early years of democracy. So much has been made of the downgrade bogey threatening this budget that it is easy to forget that we shouldn’t have needed the rating agencies to tell us what we have to do anyway, and urgently.

Ever since SA borrowed its way out of the great recession, the public debt ratio has more than doubled, weighing down future generations of taxpayers with the burden of debt incurred in part to pay salaries and to fund social grants. Interest on the public debt is now by far the fastest-growing item of public expenditure, increasing by about 11% a year. The R130bn or so that the government will be paying over in interest to bankers and other investors in its bonds this year represents about a third of the personal income tax we pay as individual taxpayers. It’s money that could have been spent to grow the economy and improve lives.

So the need to trim the fiscal deficit and stop the ballooning of the public debt is not just about pleasing rating agencies, and Gordhan will surely make that point this week. But the junk threat is one of the biggest threats to an ailing economy. It has focused minds wonderfully, bringing business and the government together, eliciting firm promises of fiscal consolidation from President Jacob Zuma and from Gordhan, and raising high expectations of the budget in the market.

But what exactly would please the rating agencies and avert a downgrade? All three have made it abundantly clear that their concern is about SA’s very weak economic growth rate, not just about its deteriorating fiscal metrics.

The dilemma Gordhan faces is how to turn around the fiscal metrics in a way that will restore confidence and not undermine economic growth and confidence too much further.

As SA’s economic growth prospects have deteriorated, successive budgets have tried and failed to meet deficit targets, with each one pushing out the target for stabilising the ratio of public debt to gross domestic product. Former finance minister Nhlanhla Nene had to revise three-year targets again in October’s mid-term budget to take into account a decline in expected growth rates to an estimated 1.7% for this year, 2.6% for next year and 2.8% for 2018. No one now expects anything close to that, and the R7bn revenue shortfall projected last October could climb to R22bn or more.

That alone will make it a stretch for Gordhan to meet October’s revised consolidated deficit targets of 3.8% for the fiscal year just ending, falling to 3% in 2018-19.

But the 9/12 damage to credibility and the threat of a downgrade may require that targets for fiscal rectitude be bettered, not just met. This could imply a much larger gap needs to be closed over the next three years through spending less, taxing more, or both. There is no way to do this without affecting economic growth. So it’s a question of how growth and fiscal challenges are traded off — and whether the ratings agencies can be persuaded to give Gordhan the space to deliver, and whether he and his budget are seen as credible.

Broadly there are two scenarios. One is radical “austerity”, in which he does politically unpopular but macroeconomically sensible things such as raising taxes, including value added tax (VAT), and cutting spending (including on public sector pay), rather than just slowing the growth in spending, as recent budgets have done. That would signal Gordhan has the political authority to do what it takes to sort out the fiscal metrics in a low-growth scenario.

But even if it were politically possible, a genuinely austere budget would hit growth hard, potentially tipping the economy into recession. That might stoke the rating agencies’ growth concern, so such a budget would work only if it were taken as a signal of the government’s willingness and ability to implement measures, however politically contested, that would enhance growth and boost private sector investment.

An alternative, and probably more likely, scenario is a make-a-plan-type budget that relies on a variety of tax hikes, especially for more affluent taxpayers and corporates, as well as on higher fuel levies, to boost revenue by R10bn-R15bn (rather than the R20bn that just one percentage point on VAT would add) and at the same time curbs spending growth by reducing transfers to provinces in an effort to force them to reallocate. Chances are that only the better-managed ones would find optimal ways to do this, while the more dysfunctional ones would do damage to service delivery.

The more piecemeal, make-a-plan approach might hit growth less hard and would be easier to pull off politically. But it might again just kick the can down the road. It’s not clear that markets would believe it or that a ratings downgrade would be averted — unless Gordhan can persuade them he has struck the right balance between fiscal and growth metrics.

How he does this amid a clamour of demands for more spending on everything from universities to National Health Insurance to new nuclear to bail-outs for ailing state-owned companies such as South Africa Airways (SAA) is not clear.

On its own, even a suitably disciplined fiscal framework won’t do the trick, as long as the government continues to be ambivalent, at best, about going for growth. That is why, if he is to avert a downgrade and win back investors, Gordhan will have to demonstrate this week that he has the authority to do more than just balance the budget. Just one or two strong, strategic signals might buy him some space.

SAA has become a lightning rod for investor perceptions. An announcement that Gordhan has put in place a new board of experienced professionals, with a mandate to privatise the airline, might not solve his fiscal problems, but it could go a long way to restoring credibility.

This article first appeared on bdlive.co.za.