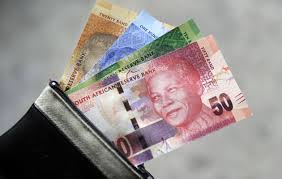 SARS issued the Binding Private Ruling 190 on 5 March 2015, which deals with the issue and repurchase of ordinary shares. The ruling deals with a proposed arrangement and the contractual rights and restrictions established separately from any class provisions applicable to those shares in terms of the Applicant Company’s memorandum of incorporation.

The ordinary shares which the Co-Applicant subscribed to had exactly the same rights and privileges as the remainder of the ordinary shares issued by the Applicant. The parties contractually agreed (in a subscription and repurchase agreement) that:

Subsequent to the future repurchase of the determined number of ordinary shares from the Co-Applicant, the remaining shares will be released from safe custody and their share certificates will be delivered to the Co-Applicant.

SARS considered section 24J of the Income Tax Act; paragraphs 11(1)(a) and 35 of the Eighth Schedule to the Income Tax Act, 1962 (the ITA); and section 1, definition of “transfer” of the Securities Transfer Tax Act and issued the following ruling:

The ruling is valid for a period of six years from 19 February 2015 and is not subject to any additional conditions and assumptions made by SARS.