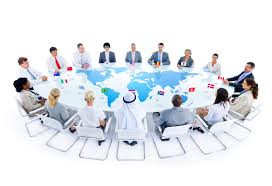 The applicant and co-applicant intended to enter into a loan agreement in terms of which the foreign applicant would advance money to the local co-applicant. The loan would be interest-free, unsecured, and payable on demand.

It appears that the main concern of the parties was that transfer pricing adjustments might be made in terms of s31 of the Income Tax Act, No 58 of 1962 (Act), most probably because the terms of the loan would not be considered arm’s length.

The issue that SARS had to consider was whether, if transfer pricing adjustments were to be made in order to counter the effect of the interest-free nature of the loan, withholding tax on interest would have to be accounted for by the co-applicant in terms of s50B of the Act.

SARS ruled that no withholding tax on interest would have to be accounted for in the event that transfer pricing adjustments were made. SARS did not provide any reasons for its decision, but one assumes that the operation of s31(2) would not necessarily deem there to have been any interest.

If one considers that s31(2) of the Act obliges certain taxpayers to calculate their ‘tax payable’ as if their transaction had been on arm’s length terms, as opposed to the actual terms, then it seems unclear why SARS ruled that the parties would not have to account for withholding tax on interest to the extent that the arm’s length position would have been that the loan would bear interest.

If the arm’s length position was that the loan would bear interest, then the ‘tax payable’ by the parties would surely have included a liability for withholding tax on interest.

SARS did not rule on the applicability of the secondary adjustment provisions contained in s31(3) of the Act, in terms of which the relevant amount of interest could be deemed to be a dividend in specie declared to the applicant.

In other words, even though the withholding tax on interest would not apply in the case of a transfer pricing adjustment, dividends tax could potentially apply.